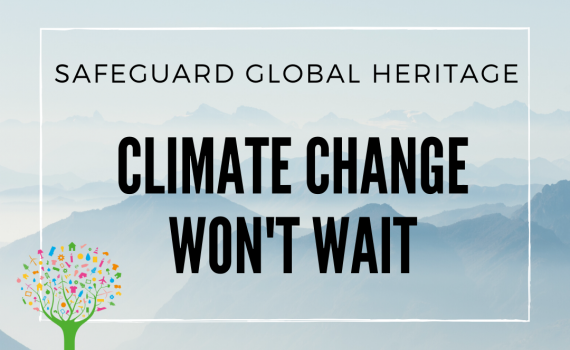 The theme of World IP Day 2020 is ‘Innovate for a Green Future’. This is a welcome goal, but we must not forget the threat to the world's cultural heritage posed by the disastrous effects of climate change, and aggravated by the lack of appropriate copyright legislation supporting the institutions that preserve our common knowledge and heritage.

Books, films, sound recordings and photographs are among the many artefacts that make up the world’s rich heritage, at risk from the harmful effects of climate change. In many countries, libraries, archives, museums and other heritage institutions have experienced the devastating consequences of fires, floods and other disasters related to extreme weather patterns. Disappearance of any heritage material impoverishes not only local communities, but the collective cultural and scientific heritage of all nations.

For example, right now librarians around the world are working hard to collect and preserve the diverse, multi-channel sources of information on COVID-19, including research data, scientific articles, statistics and graphs, public health videos, social media and news reports. These curated COVID-19 collections will be of enormous benefit not only to future generations of scholars and scientists, but also to those in the coming years who will study and draw lessons from the scientific, economic, political, sociological and cultural aspects of the biggest global health crisis of our time.

One of the most effective ways of ensuring enduring access to library collections is to digitize the work, or if it is born-digital, to transfer it to a preservation-quality file format and to safely store the digital object off-site using cloud-based services, for example. But preservation strategies for digital materials always require the making of copies, and too many national copyright laws fail to allow digital preservation for copyright-protected material.

In fact, over a quarter of WIPO member states do not permit preservation at all, even for print formats. And the lack of a clear right to import and export digital copies often prevents cultural heritage institutions from working together across national borders on joint preservation projects. The copyright laws of developed countries tend to fare the best, while the laws of many developing countries lag behind.

To safeguard the heritage of all nations, EIFL together with leading library, archives, and museum organizations, IFLA, ICA, ICOM and SAA call on WIPO to adopt an international legal instrument with clear rules allowing preservation of collections, including collections dispersed across national borders, in all regions of the world. Only WIPO, the main body that sets international copyright law and policy, has the mandate to set this global standard and only WIPO can address international cross-border issues.

Preservation on the agenda at WIPO

Preservation, along with another 10 issues concerning libraries and archives, have been on the agenda at WIPO’s Standing Committee on Copyright and Related Rights (SCCR) for many years. With permanent observer status at WIPO, EIFL actively contributes to the discussions, helping to shape the debate.

Text-based proposals on preservation have been made by many member states, including the African Group (a regional bloc of 54 countries), Brazil, Ecuador, India, the United States and Uruguay (see SCCR/23/8 and SCCR/26/3).

In 2017, following two years of extensive discussion, the then Chair of SCCR, Mr Martin Moscoso, suggested an approach to ensure that libraries and archives are allowed to make digital preservation copies in order to carry out their mission (see SCCR/34/5). However, agreement on concrete measures on the way forward could not be reached, mainly due to entrenched opposition from rich, industrialized countries, in particular the European Union (EU), that asserts that the current legal framework is sufficient to address preservation and other library issues, that everything can be achieved at the national level, and that no international-level work is needed.

Yet just two years later, the EU decided to introduce for itself pan-European legislation addressing the preservation issue by creating a new mandatory exception on preservation that applies across national borders within the EU. Provisions in the European Digital Single Market Directive (2019) could serve as a useful model for discussions at WIPO so that cultural heritage institutions in every country can benefit from the same legal rights as their counterparts in the EU. It is unfortunate that the EU thus far refuses to engage at WIPO on any meaningful action in support of libraries, including for preservation.

In 2019, at three WIPO regional seminars on copyright limitations and exceptions for libraries and archives (Asia-Pacific, African, Latin America and the Caribbean regions) preservation again emerged as an area in need of urgent attention. Member states agreed that preservation should be pre-emptive, digital and that cross-border uses should be permitted to enable cooperation between institutions.

The call for global action on preservation was especially strong from regions experiencing devastating storms and hurricanes due to climate change, such as the Caribbean, countries affected by armed conflict, and countries where events such as fires or floods have threatened, or wiped out, irreplaceable collections.

For the next SCCR (SCCR/40), WIPO member states asked the Secretariat to prepare a factual report of the three regional seminars and an international conference on limitations and exceptions that took place in Geneva, an analysis and proposals from the practitioners, experts and member states, and inputs on the way forward for the committee, including for preservation.

By that time Mr Daren Tang, WIPO Director-General Designate, will have taken up his post and a new senior management team will be in place. Tang, having served as Chair of SCCR since 2017, is very familiar with copyright and the long-standing discussion on preservation by libraries, archives and museums.

While the world necessarily deals with the crisis caused by COVID-19, we cannot forget the long-term global threat of climate change. We must act now to safeguard our cultural heritage - climate change won’t wait. 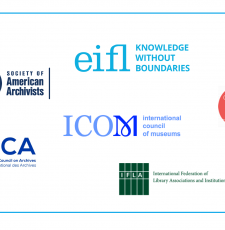 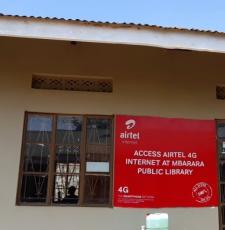 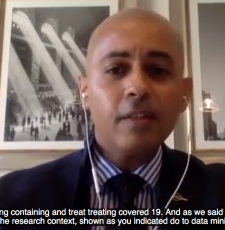 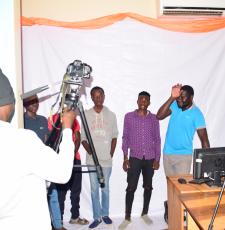