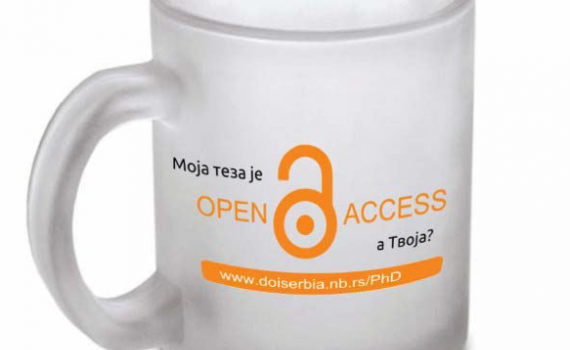 In 2005 the Department for Scientific Information at the National Library of Serbia (NLS) began assigning  Digital Object Identifiers (DOIs) to Serbians journal articles, identifying them in the digital environment and making it possible to locate them on the internet.

DOIs are widely used in scientific publishing to cite journal articles. The NLS became an affiliated member of CrossRef, an association of scholarly publishers that develops shared infrastructure to support more effective scholarly communications, as a National DOI agency. In 2015, 29,151 articles from 66 Serbian journals were published with DOIs on the open access (OA) portal: http://www.doiserbia.nb.rs/.

With this positive output, DOI became a magic word in the Serbian research community, and in 2013, EIFL funded a project to assign DOIs to PhD theses. The aim of the project was to increase the number and discoverability of OA theses.

Before the project started, there were four universities in Serbia with institutional repositories for OA theses. In 2012 EIFL provided financial support to the University of Belgrade, one of the largest universities in Southeastern Europe, to boost compliance by professors and students with the university administration's guidelines on use and production of OA research outputs. As a result of the project, more researchers started practising OA in Serbia, but the number of OA theses was still low. (See the project results here.)

The National Library of Serbia implemented the EIFL-funded project 'My thesis is in open access, what about yours? DOISerbiaThesis' which had the following goals:

On 10 September 2014 the National Assembly adopted the law – OA mandate for PhD theses defended in all public and private universities in Serbia. A new OA mandate requires that every University must establish its OA repository, and the National OA PhD repository will be maintained by the Ministry.

On 14 July 2018 the Serbian Government adopted a national policy mandating open access (OA) to all publications resulting from publicly-funded research in Serbia. The policy, titled the Open Science Platform, was introduced by the MESTD, the main funder for research in Serbia. In addition to mandating OA to MESTD-funded research, the policy states that universities and research institutes should define and adapt their open science institutional policies and infrastructure to comply with the national policy. Compliance should take place within six months of the launch of the policy. [See the policy in Serbian here and in English here.]

Read about EIFL's support for open access publishing in Serbia.