Advocating for FOSS can be a difficult task. Providing the right kinds of information, exemplars of where it has been successful, and the benefits it may bring to your library, takes a lot of time and effort to compile, and then has to be presented in a way that will inform but not bore the decision-makers. Many technicians and librarians can face an uphill battle in convincing senior managers of its value and the benefits of moving to FOSS.

Koha is perhaps one of the most successful FOSS tools currently, and as such the case for advocacy around Koha is stronger than it may be for software that is less well known. Koha is a well-established FOSS ILS and several EIFL libraries are now using it.

To begin to address some of these issues, EIFL-FOSS held a Themed Week session focussing on Koha and library FOSS advocacy.

This workshop featured contributions from three people who can all help you to advocate for FOSS tools, through their experiences with Koha. Their presentations can be downloaded from this page.

Koha is an Integrated Library System with a range of features including:

Koha is designed to work on Linux, but will work on Windows with the installation of a series of additional modules. It is operable in English. Spanish, Arabic and French, with other languages being developed and translated by the community members. It is released under a GNU General Public License (GPL)

Koha is  is a well-established FOSS ILS and perhaps one of the most successful library FOSS tools currently, and as such the case for FOSS advocacy around Koha is stronger than it may be for software that is less well known.

What are the benefits of Koha? 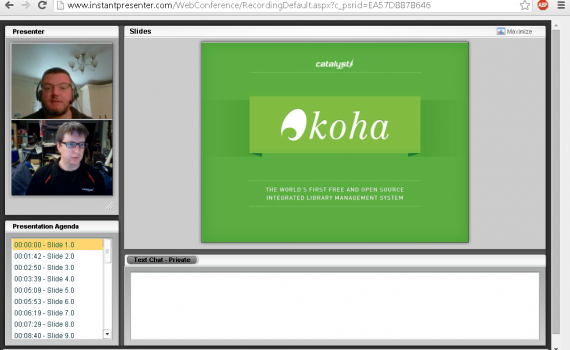